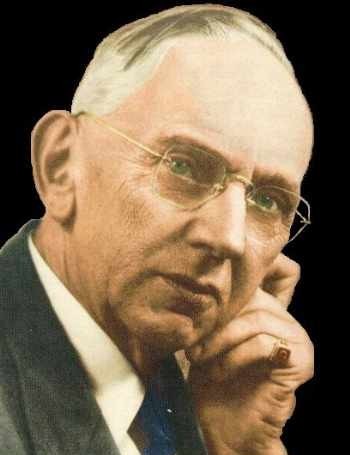 American Psychic, "father of holistic medicine," and the most documented psychic of the 20th century. For more than 40 years, Cayce gave psychic "readings" to thousands of seekers while in an unconscious state, diagnosing illnesses and revealing lives lived in the past and prophecies yet to come

"Mind is the builder."

"You can never lose anything that really belongs to you, and you can't keep that which belongs to someone else."

"When you are prepared for a thing, the opportunity to use it presents itself."

"The alternative to recalling and interpreting dreams is not always pleasant. Individuals cannot expect to drift forever. If they do not puzzle out their identity, and the direction of their lives by the aid of their dreams, then they may be brought, by the relentless action of their own pent-up souls, into some crisis which requires that they come to terms with themselves. It may be a medical crisis. It may be the end of a marriage or of a job. It may be depression or withdrawal."