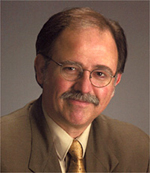 American Psychiatrist, Psychoanalyst, Professor of Psychiatry, Author of "Healing of the Soul in the Age of the Brain"

"I believe that our choice between two models of psychiatry is really a choice between two competing sets of moral values that will ultimately determine the kind of society we live in. One is the Psychotherapeutic Model’s ideal of healing the soul with its values of self-awareness, autonomy, personal growth, an I-Thou spirit of love, respect, and compassion for others, and an acceptance of moral responsibility for our own egoistic impulses and emotions. The other is the Medical Model’s ideal of quick fix, with its swimming-pool values of stability and conformity, and an I-It orientation toward material success and other superficial addictive pleasures"

"We find it easy to ignore the inner voice of the soul in our pursuit of external happiness… because we are driven by our own materialistic passions and by our addictive need for quick, painless fixes for anything disturbing in our lives."

"If, as Heraclitus said, “A man’s character is his fate” – that is, if our fate is largely determined by the habitual tendencies of our repetition compulsion-personality – then the power of consciousness is that it allows us to change impulses, we have what Kierkegaard called “the possibility of possibility”: the possibility of having a free choice and the moral responsibility that comes with it. In that sense, the fear of consciousness is ultimately the fear of moral responsibility, because if we own our anxiety, shame, and guilt, and allow ourselves to have full consciousness of emotions that motivate our behavior, then we will inevitably recognize the full weight of our responsibility for that behavior."

"None of us is free from self-delusion. We all depend mightily on rationalization to get us through the day without too much angst."

"Symptoms are part of the healing process. Anxiety is consciousness trying to happen. Falling down is a way of growing up."

"Without a direct causal link between brain processes and consciousness, there is no persuasive reason to believe that consciousness emerged from the brain, or through natural selection, at all."

"I believe that this materialistic way of thinking is hazardous to the health of our culture. It promotes the delusional expectation that we can eliminate suffering and achieve a state of contented normalcy simply by taking a pill. It subverts our ideals of moral responsibility by encouraging us to rationalize anything that disturbs us within ourselves as the accidental product of an abnormal brain state: My neurotransmitters made me do it. Such dehumanizing beliefs reinforce a dehumanizing impulse that is already present within human nature. Like Dickens’s Scrooge and Disney’s Pinocchio, we are all tempted to ignore the inner voice of the soul in our pursuit of external tokens of happiness—not only because we are seduced by our culture’s materialistic values but because we are driven from within by our own materialistic passions and by our addictive need for quick, painless fixes for anything disturbing in our lives. The result is a kind of cultural mental illness in which we are, in effect, driven to dehumanize ourselves—to lose ourselves in materialistic illusions—in order to evade the fundamental anxiety of the human condition. To cure this illness requires an inner process of re-humanization—of our values, our science, and most importantly, our way of understanding our own experience. Like Scrooge and Pinocchio, we need to wake up from our shallow materialistic illusions and reclaim what we know in our heart of hearts to be true. We need to turn inward, to listen to the inner voice of our authentic self. And we need a science that acknowledges the existence of this inner self; that recognizes human consciousness not as an electrochemical process in the brain but as an irreducible experience of the soul."

"Modern psychiatry typifies the shortsightedness of this scientific world view. Its theory that mental illness is a chemical imbalance and that all inner experience is a byproduct of brain activity—the so-called Medical Model—views human beings essentially as biological puppets, controlled by the strings of DNA and brain wiring, without free will or higher consciousness. Focusing exclusively on brain and behavior, it denies the spiritual element in human nature and treats the inner life of human beings — the essence of our humanity, the source of our joy, our anxiety, our despair, of our very culture itself, including our scientific theories – not only as if it didn’t matter, but as if it didn’t even exist. "

"I believe that our society is in a state of moral crisis. Our lives are so consumed by the dehumanizing forces of materialism that we have lost touch with the deeper needs and values of the soul. Culturally, we value physical appearances, material possessions, creature comforts, and addictive pleasures, as if we really believed that the one who dies with the most toys wins. We then rationalize the emptiness of these materialistic values by invoking another kind of materialism—that of modern science, which gives credence only to what can be seen and measured and believes that only the physical is real."

"I propose a new model of psychiatry and of human nature based on just such a science. This Psychotherapeutic Model understands mental illness not only in neurological but also in personal terms, as an inner emotional conflict —a disharmony of body, brain, mind and spirit—that is intrinsic to the human condition. Psychologically, inner conflict involves a disturbing unconscious emotion, threatening to become conscious, that triggers anxiety, shame, or guilt, and can lead to the development of a symptom. Conflict is resolved and the symptom disappears when we can consciously feel and accept as part of ourselves the unsettling emotion that is generating the symptom. Although medication can be useful in relieving symptoms, it is important to remember that the symptom is actually part of the healing process. Since the time of Hippocrates, physicians have understood symptoms as a manifestation of the “healing power of nature,” the organism’s adaptive response to disease. Just as symptoms like fever and cough are not diseases but rather the body’s attempt to fight an infection, so too psychiatric symptoms like anxiety and depression are not themselves diseases but rather the soul's attempt to resolve an inner conflict —by forcing us to pay attention to the unconscious dark side of ourselves that we would rather ignore. This understanding reclaims the true meaning of psychiatry: healing the soul. It views the anxiety and the disturbing symptoms of mental illness not merely as a chemical imbalance in the brain (though that may be part of it) but more importantly as a wake-up call for the soul. Healing—making whole the divided self—comes through experiencing, accepting, and taking responsibility for the dark side of ourselves in what I describe as the six phases of the psychotherapeutic process: an inward journey of self-discovery in which we allow ourselves to feel what we really feel and so become who we truly are."