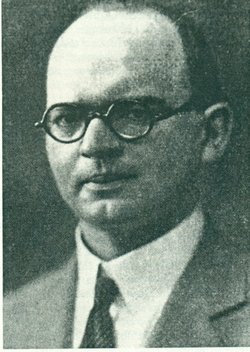 Lithuanian-born American Rabbi, Founder of the Society of Jewish Science

"The Divine Mind communicates with the human mind through the imagination. A prayer, therefore, should be offered in the form of a mental image. Man must visualize the thing he desires, he must use his imaginative powers to form his petition in terms clearly outlined in his own mind. The profound concentration of attention and thought which this form of prayer requires fills also the heart with deep earnestness and devotion. Man must pray whole-heartedly as well as wholemindedly; he must believe in his heart that his well-being depends completely upon his prayer."

"The more science searches into the origin of disease, the more it becomes convinced that the root of physical ailments lies in mental disturbance. The body, of itself, possesses, we find, all the elements that make for health and strength, and if these were not interfered with, man's life upon earth would be untainted with pain or suffering. Interference with the state of the body usually emanates from the mind. The mind is not a mere organ of the body ; it is the power-house, the source from which all the organs draw their vitality and their ability to function. The influence of the mind over the body is absolute. "

"Diseases, such as diabetes, cancer, and high blood pressure, are to be traced, eminent physicians of to-day tell us, to fear and its offspring, worry. These are only a few of the admitted instances of the influence of thought over physical processes. The body itself without the direction of the mind is a useless and helpless instrument."

"Of all mental disturbances which play havoc with the human body, fear is the most deadly. It overpowers the understanding, it shuts the mind to logic and common sense, it plunges the emotions into a state of turmoil and confusion. This turbulent state of mind finds an outlet in the body ; the poison generated collects itself in one part of the system or another and breaks out into one or another form of disease. And yet, as a rule, the disasters that we fear prove to be but figments of the imagination, and the suffering engendered through "

"A system of ethics based on love develops a unified personality, a oneness between thought and action. It enhances, more and more, the moral courage which is basic to man. Through love, man becomes conscious of the great force of goodness and virtue that lie within him. He knows that he is possessed of inherent goodness and godliness, if he knows that in himself is a spark of the divine, a force that makes for perfection. All he needs to do is to allow this divine spark to illuminate and permeate his whole being, and darkness and evil will disappear from his heart."

"The fear of illness is a form of depression which torments the spirit of man, and is, in many cases, actually responsible for the inroads of disease."

"If man would but realize that he is essentially a spiritual being, that his body is but the vesture of the individualized spirit, that his life is a portion of the great Spring of life which fills the world, he would at once discard the constant fear of ill-health to which he is a prey. The organs of the body are but the visible instruments whereby the spirit expresses itself, the senses are but mediums, and the brain is but a tool, and all the other processes are but messengers to carry out the injunction from the higher center of man, from his mind. Sickness in the body is a symptom of some disturbance in the mind-center ; bodily sickness is the signal of some form of mental depression, conscious or unconscious. It is the spirit in man, therefore, the invisible, the mind, which must be considered first in avoidance and treatment of illness. Spirit cannot be reached through physical channels, it must be reached through divine methods."

"Fear takes its inception from the fact that man feels himself to be alone in this world. When confronted with danger, he believes that the task of extricating himself from imminent peril lies upon himself, and at the same time regards himself as too feeble and insignificant to avert the impending calamity. In the face of adversity and difficulties, which, as a rule are monstrously exaggerated in his mind, his helplessness apalls him, for he thinks that the burden of solving his perplexities rests upon his shoulders alone, and his powers, he feels, are not equal to the task. This sense of helplessness it is that gives rise to overwhelming fear. But man in reality, is not alone, he is not a stray leaf to be blown about by every breeze, not a fragile twig to be bent or broken by every storm, not a deserted barge to be carried by every current ; no, man is a vital factor in the divine scheme, he is an essential portion of the divine universe ; without him, God's world is incomplete. "