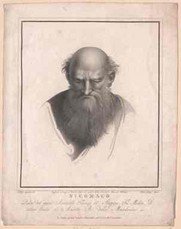 "If we crave for the goal that is worthy and fitting for man, namely, happiness of life - and this is accomplished by philosophy alone and by nothing else, and philosophy, as I said, means for us desire for wisdom, and wisdom the science of truth in things, and of things some are properly so called, others merely share the name - it is reasonable and most necessary to distinguish and systematize the accidental qualities of things."

"In the case of the too much, is produced excess, superfluity, exaggerations and abuse; in the case of too little, is produced wanting, defaults, privations and insufficiencies. And in the case of those that are found between the too much and the too little, that is in equality, is produced virtue, just measure, propriety, beauty and things of that sort - of which the most exemplary form is that type of number which is called perfect... with ten mouths, or nine lips, and provided with three lines of teeth; or with a hundred arms, or having too many fingers on one of its hands... with a single eye... one armed or one of his hands has less than five fingers, or if he does not have a tongue..."

"Arithmetic ... which is the mother of geometry."

"Assignment of number and numerical ratios to notes and intervals, his recognition of the indivisibility of the octave and the whole tone... But, unlike Euclid, who attempts to prove musical propositions through mathematical theorems, Nicomachus seeks to show their validity by measurement of the lengths of strings."

"Therefore, if we crave for the goal that is worthy and fitting for man, namely, happiness of life."