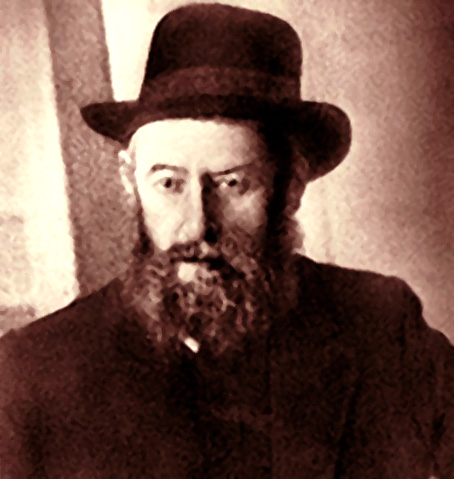 "I cannot teach you the ten principles of service. But a little child and a thief can show you what they are. From the child you can learn three things: He is merry for no particular reason; never for a moment is he idle; when he needs something, he demands it vigorously. The thief can instruct you in seven things: He does his service by night; if he does not finish what he has set out to do, in one night, he devotes the next night to it; he and those who work with him love one another; he risks his life for small gains; what he takes has so little value for him that he gives it up for a very small coin; he endures blows and hardship, and it matters nothing to him; he likes his trade and would not exchange it for any other."

"My children, if you stay together, you will overcome everything. You will continually progress without backsliding, Heaven forbid, as it is written: 'He is unified, and who can turn Him back?'[on his deathbed]"

"One night, R. Shneur Zalman of Liadi knocked on the Maggid's door. "Who's there?" asked the Maggid. "It is I," said R. Shneur Zalman. "Who?" R. Dov Ber repeated. "It is I," R. Shneur Zalman replied. "Who?" the Maggid inquired again. "Shneur Zalman," he answered. With that, he was finally admitted. At the Maggid's request, the next day R. Shneur Zalman went to a bris milah held in a nearby village. Seeing R. Shneur Zalman's old and tattered clothing, it was assumed that he was a beggar, and he was seated at the end of the table. When a silver spoon was found missing after the seudah the "beggar" was immediately suspected of theft. Denying the charge, he shouted, "It was not I!" His accusers began to beat him. "It was not I," he repeated. Eventually, it was discovered that an attendant had taken the spoon, and R. Shneur Zalman was exonerated. When he returned to Mezritch, the Maggid was waiting for him. "How many times did you have to shout, 'Not I'?" he asked his astounded student. "Two times you announced to me, 'It is I,' he continued. "There is only One in the universe who may say this. If we are aware of HaShem's presence, how can we, mere mortals, pride ourselves on being 'I'? We must strive for total bittul, self-effacement. "Twice you called yourself 'I,' so two times you had to announce, 'It is not I.'""

"Master of the Universe! My sin is more than I can bear!"

"‘Hear O Israel, the Lord our God, the Lord is One’ (Deuteronomy 6:6). When during this part of the prayer service a person recites the word ‘One,’ he should contemplate that the Holy One, blessed be He, is all that truly exists in the universe, for ‘the entire world is filled with His Glory’ (Isaiah 6:3). One must realize that he is nothing, for the essence of a person is his soul, and the soul is but a ‘portion of God Above’ (Shefa Tal 1a). Therefore, nothing truly exists except the Holy One, blessed be He"

"From now on, I will serve G-d without looking for reward!"

"Believe me, I can’t give you advice about this. Normally a person advises others in a field that he knows well, but I haven’t the least knowledge of pride. I really don’t understand how a man can become filled with pride."

"Everyone is an ‘only child’ in the eyes of the Blessed Holy One."

"Note that et is an untranslatable word used to indicate that “a definite direct object is next” (thus there needs to be an et before the heavens and the earth). But Dov Ber points out that et is spelled – Aleph-Tav, an abbreviation for the Aleph-Bet. Aleph is the first letter of the Hebrew alphabet. Since God did this before creating the heavens and the earth, the letters are considered to be the primordial building blocks of all of creation."