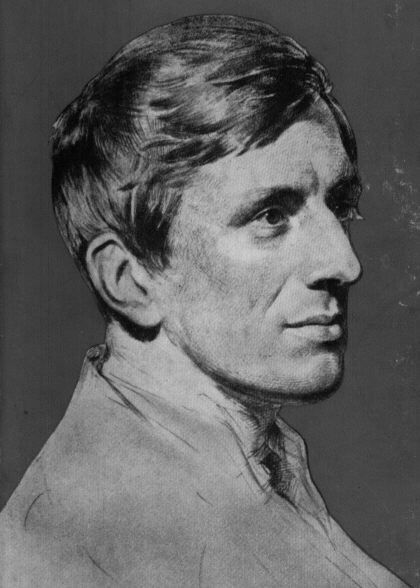 "A great memory is never made synonymous with wisdom, any more than a dictionary would be called a treatise."

"Dogma has been the fundamental principle of my religion... Religion, as mere sentiment, is to me a mockery."

"Growth is the only evidence of life."

"The poet makes Truth the daughter of Time."

"Such is the constitution of the human mind, that any kind of knowledge, if it be really such, is its own reward."

"Religion indeed enlightens, terrifies, subdues; it gives faith, it inflicts remorse, it inspires resolutions, it draws tears, it inflames devotion, but only for the occasion."

"Make up your mind to the prospect of sustaining a certain measure of pain and trouble in your passage through life. By the blessing of God this will prepare you for it; it will make you thoughtful and resigned without interfering with your cheerfulness."

"The world overcomes us, not merely by appealing to our reason, or by exciting our passions, but by imposing on our imagination."

"Calculation never made a hero. "

"If we are intended for great ends, we are called to great hazards."

"A great memory does not make a mind, any more than a dictionary is a piece of literature. "

"Fear not that thy life shall come to an end, but rather that it shall ever have a beginning. "

"Let us take things as we find them: let us not attempt to distort them into what they are not... We cannot make facts. All our wishing cannot change them. We must use them. "

"Men will die upon dogma but will not fall victim to a conclusion. "

"Virtue is its own reward, and brings with it the truest and highest pleasure; but if we cultivate it only for pleasure's sake, we are selfish, not religious, and will never gain the pleasure, because we can never have the virtue."

"It is very difficult to get up resentment towards persons whom one has never seen."

"The love of our private friends is the only preparatory exercise for the love of all men."

"To consider the world in its length and breadth, its various history, the many races of man, their starts, their fortunes, their mutual alienation, their conflicts; and then their ways, habits, governments, forms of worship; their enterprises, their aimless courses, their random achievements, and acquirements, the impotent conclusion of long-standing facts, the tokens so faint and broken of a superintending design, the blind evolution of what turn out to be great powers or truths, the progress of things, as if from unreasoning elements, not toward final causes, the greatness and littleness of man, his far-reaching aims, his short duration, the curtain hung over his futurity, the disappointments of life, the defeat of good, the success of evil, physical pain, mental anguish, the prevalence of sin, the pervading idolatries, the corruptions, the dreary hopeless irreligion, that condition of the whole race, so fearfully yet exactly described in the Apostle's words, "having no hope and without God in the world," - all this is a vision to dizzy and appall; and inflicts upon the mind the sense of a profound mystery, which is absolutely beyond human solution."