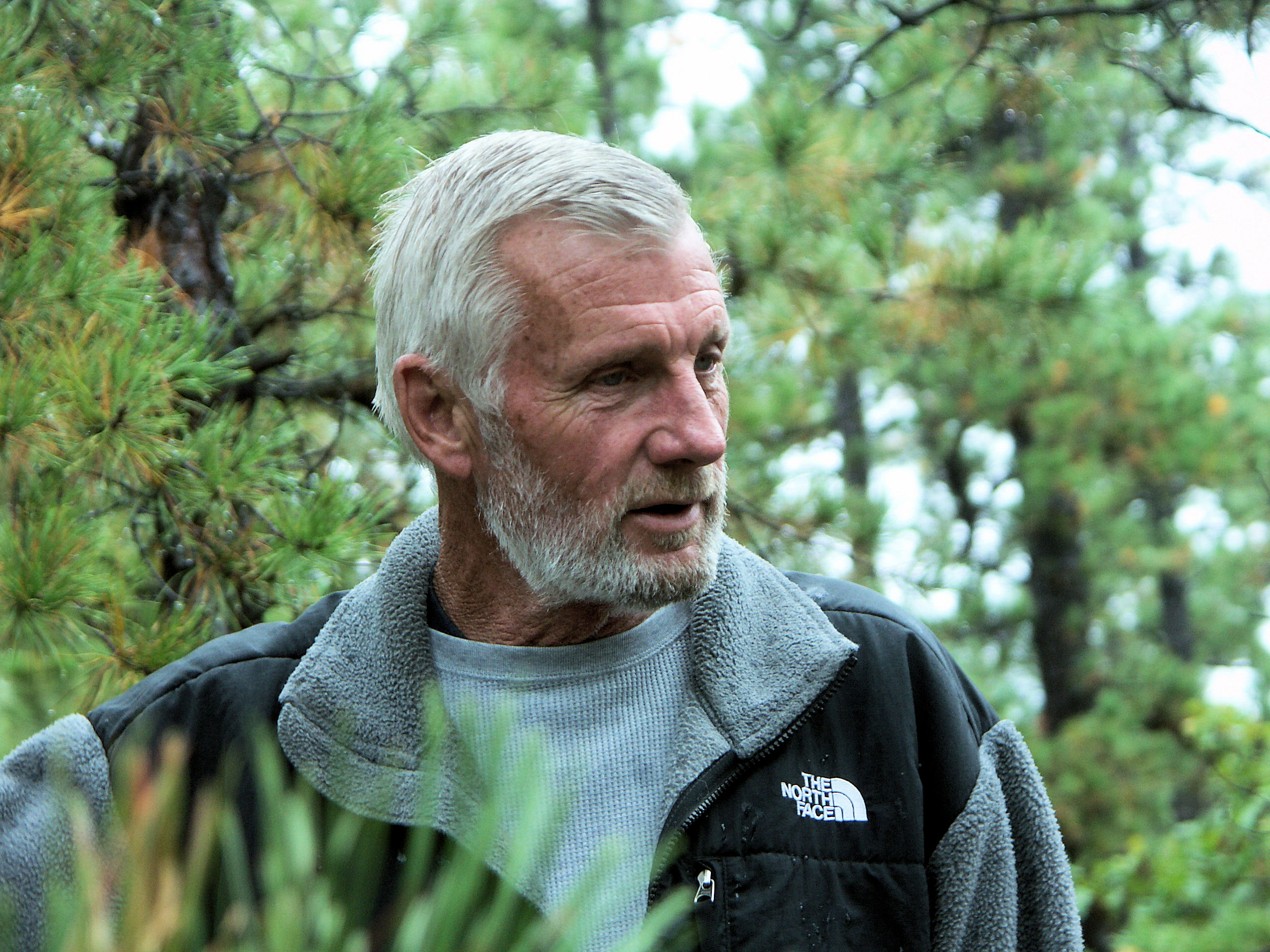 "Go without expectation, for expectation can become a rut that will keep you from your real path of learning."

"Man is like an island, a circle within circles. Man is separated from these outer circles by his mind, his beliefs, and the limitations put upon him by a life away from the Earth. The circle of man, the island of self, is the place of logic, the ‘I,’ the ego, and the physical self. That is the island that man has chosen to live within today, and in doing so he has created a prison for himself. The walls of the island prison are thick, made up of doubts, logic and lack of belief. His isolation from his greater circles of self is suffocating and prevents him from seeing life clearly and purely. It is a world of ignorance where the flesh is the only reality, the only god... Beyond man’s island of ego, his prison, lies the world of the spirit-that-moves-in-all-things, the force that is found in all things. It is a world that communicates to all entities of Creation and touches the creator. It is a circle of life that houses all man’s instinct, his deepest memory, his power to control his body and mind, and a bridge that helps man transcend flesh. It is a world that expands man’s universe and helps him to fuse himself to the earth. Most of all, it is a world that brings man to his higher self and to spiritual rapture."

"My purpose... is not to judge but to find the simple truth."

"No one, no thing, is without a spirit. The spirit of a man who knows no spiritual things still exists, but is only resting in the reality of spirit, waiting to be awakened and used. All we have to do is to find that spirit through the guidance of Inner Vision and then awaken that spirit. Even those who once showed no spiritual knowledge know their spirit has been touched. If you can then heal the spirit, and heal that spirit with enough belief and power, then the power transcends the spirit and makes itself manifest in the flesh. But remember, we are just a bridge, a vessel, to be used by the Creator, and it is not us who decide to use the power."

"Evil must never be fought with rage or hatred, for that will only make it stronger. You must never fear the evil ones, for your fear will consume and destroy you. Instead, fight the evil spirits with love and compassion, for those are our greatest weapons."

"Nothing is good or bad, right or wrong; it all depends on how we judge with our prejudice. Listening in purity and emptiness judges not, only learns."

"Our mind, our choices, make us happy or sad. If we waited for outside circumstances to be perfect, then we would rarely be happy. We must choose happiness no matter what the circumstances. Only we have that power and no one else can decide for us."

"People did not like to be preached to... People had to be reached at the level of their hearts, not through their minds."

"Silence is the cornerstone of character."

"The true warrior is always the last to pick up the lance or go to battle. His battles are fought with the lance of love and understanding. His enemies are prejudice, greed, and bad medicine, and the biggest battles are always fought within himself. So, do not go out upon the earth to battle unseen demons of the physical world, for your hatred will be like theirs. Instead, go out as a true warrior, with love and understanding."

"To dismiss anyone as valueless, especially the old ones, is to throw away the wisdom of a life; it robs some of learning and others of purpose - and runs contrary to the underlying oneness of the natural order, which tells us that every part of nature has a reason, a purpose for being."

"When somebody belongs everywhere, he is never lost."

"Boredom is only for people who do not know themselves or the wonders of life."

"Complacency makes one as guilty as those who destroy the Earth."

"I believe that the greater part of man’s existence is in the spirit realm, the worlds of the unseen and eternal. It is the larger and purer part of life that makes life full and whole and makes man “one” with all things.... Man has lost his connection to that world and thus his communication and power. This world of spirit cannot be understood through the words and concepts of man, nor can it be understood by logical thought. It can only be entered through the heart and pure mind."

"I learned through the wisdom of Creation that man works for only four things in life: peace, love, joy and purpose; and these things cannot be found in external things and possessions. They can only be found within."

"Inner Vision does not communicate to us in the words and concepts of man but through the language of the heart."

"Modern thought is the prison of the soul and stands between man and his spiritual mind. The logical mind cannot know absolute faith, nor can it know pure thought, for the logic feeds upon logic and does not accept things that cannot be known and proven by the flesh. Thus man has created a prison for himself and for his spirit, because he lacks belief and purity of thought. Faith needs no proof nor logic, yet man needs proof before he can have faith. Man then has created a cycle which cannot be broken, for where proof is needed, there can be no faith."

"No matter how burning the thirst, we must always take the time to honor the gift of water, for it is sacred. It is a gift of life. It is in the times of dire thirst, when the body craves the water the most, we should especially take the time for prayer and thanksgiving... If you do not honor and cherish the waters, then how can you ever expect others to?"

"No one, no thing, is without a spirit. The spirit of a man who knows no spiritual things still exists, but is only resting in the reality of spirit, waiting to be awakened and used... We are just a bridge, a vessel, to be used by the Creator, and it is not us who decide to use the power."

"Prosperity is relating, not acquiring."

"The future is not law, only choice and change are law."

"There is hardly a moment that goes by that we are not bombarded with all manner of communication from the worlds beyond flesh."

"We are born alone and we die alone. Thus we can only seek those personal answers alone, for each spiritual path is unique."

"What the mind believes is true, is true."

"When our mind is filled with thought, there can be no room for spiritual things."

"Evil can be a teacher, if you look at the wisdom of its negative power."

"I don't see how anybody could have a passion for nature without having an equally developed tolerance for the cold."

"I have found that grave mistakes that take place in Life are made when a person does not follow their Heart. When the heart is ignored, Life becomes complicated and distorted but when the heart is followed, we touch the Creator. Logic and reason are poor alternatives to a life full of Love and Vision."

"If today I had a young mind to direct, to start on the journey of life, and I was faced with the duty of choosing between the natural way of my forefathers and that of the...present way of civilization, I would, for its welfare, unhesitatingly set that child's feet in the path of my forefathers. I would raise him to be an Indian!"

"This earth is a garden, this life a banquet, and it's time we realized that it was given to all life, animal and man, to enjoy."

"Vision, like Love, takes no planning - for it just happens. It is directed by the Creator and made manifest by Creation. Take no care as to how you will live your Vision or how you will find your Love. For the Creator has planned all these things, and the way will become clear to your heart. You have been given a choice but if you listen to your Heart, there needs to be no choice. Your path is your Heart and all that you need to do is follow it."

"We learned to be patient observers like the owl. We learned cleverness from the crow, and courage from the jay, who will attack an owl ten times its size to drive it off its territory. But above all of the m ranked the chickadee because of its indomitable spirit."

"We walk ourselves into ruts so deep we cannot see over them."